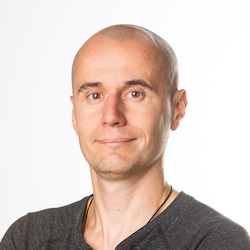 P.S.: You can play RobotWar in your browser here: https://archive.org/details/wozaday_Robotwar

Recently I’ve met an interesting game Agents of Influence – a spy-themed educational video game that teaches students how to recognize and combat the misinformation they encounter in their daily li...

The Value of LitRPG for Game Designers?

LitRPG is one of my favorite genres in fantasy. If you don’t know, LitRPG is a subgenre of fantasy (or sci-fi) literature that combines elements of traditional fantasy with video game elements, suc...

This lovely article about the durability of Roman concrete attracted my attention as I like that period of history and its engineering side. However, this quote from the article is the most interes...

Serious Games for a Feline Cause